Kirika appeared as one of the NPC characters in Fake News Island, showed that he was captured by Daiki Kujima, who is also "revived" as an NPC character. After Mamoru Nirata released Kirika, he giving a hint to Mamoru and Karua Sakurame where's the location of Ataru Kashiwagi on. 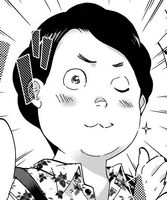 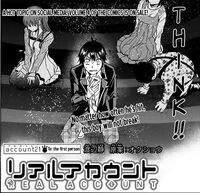