Mitsuru Kariya (雁谷 ミツル, Kariya Mitsuru) is a character introduced at second and third part of story. He is a founder and administrator of Omochuu.com website.

It's not known who Mitsuru is following but he does joined into the Inverse True Follower Diagnosis trial along with the rest of Real Account users.

Mitsuru made a cameo appearance in Chapter 188 along with Tamae, when Marble's followers keep increasing.

Mitsuru later changed his support and follows Yuuma, as part of his plan to defeats Marble. 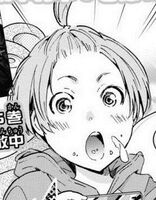 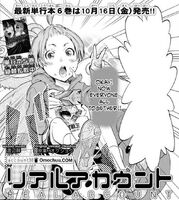 Retrieved from "https://realaccount.fandom.com/wiki/Mitsuru_Kariya?oldid=7839"
Community content is available under CC-BY-SA unless otherwise noted.