"Ha! That's it! As I thought the punishment should be like this! At the time like this and yet you people still wanted to become a lovers! This is so unscrupulous, it will only make people getting mad!!! The better punishment to you all is....... death! An another unscrupulous move was disappeared in this world... Ah... it's feel so comfortable."
– Public Relations Officer Marble after Yui Akariya was killed, Chapter 134

Public Relations Officer Marble (広報室長マーブル, Kōhō Shitsuchō Māburu) is one of the Real Account members and an antagonists introduced in third part of story. 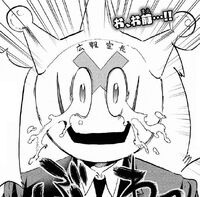 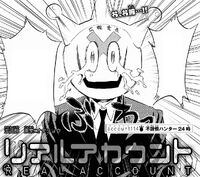 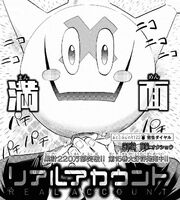 Retrieved from "https://realaccount.fandom.com/wiki/Public_Relations_Officer_Marble?oldid=7373"
Community content is available under CC-BY-SA unless otherwise noted.